Mirrors of Life On the Screen

While recovering from elbow surgery, I gave myself permission to “Netflix” several TV series and movies.  The ones I think about most were the TV series Blue Bloods and Designated Survivor, and the film, Rebel in the Rye.  What they have in common is “mirroring reality.”

Can you relate to any of their issues? I did:  “wrestling with the desire to be helpful,” something I wrote about in “Gifts from Working with the Drifter.”

But it’s the family’s Sunday dinners where no one eats until everyone is seated that highlight the important issues faced in the episode.  Everyone gets a voice on that person’s dilemma!  I’ve never been able to relate to “family as depicted by screenwriters because mine wasn’t like that.  And I don’t believe I’m alone.

The Designated Survivor series shows what could happen if the government were destroyed and the country was run by someone without political experience.  This humble servant was an architect, but also a “save the world” kind of person who had been in charge of HUD.  His integrity and honesty remind me of the Democratic candidate such people endorsed in the primaries before the more politically experienced candidate took over.  I fantasized in each episode, “So this is what that could have been like for him” as I watched the “designated survivor” become The President becoming a leader as he tackles challenges made by all those who should be supporting him:

This series gives an insider’s view to what might really happen on Capitol Hill, but it also reflects all our human weaknesses including having to be right, refusing to really listen to other points of view, judging others, jealousy, suspicion, ego-driven competitiveness, back-stabbing…  In short: the worst kinds of human behavior.  Can you relate to any of that?  I can, even as a professor in Podunk; it’s why I quit teaching. 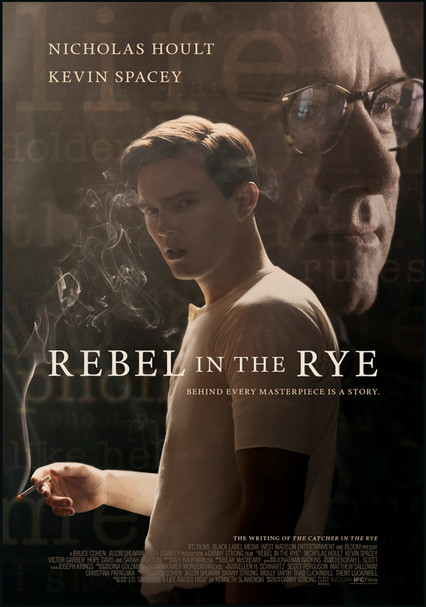 The biographical film of J.D. Salinger, Rebel in the Rye, which was panned by the NY Times reviewer (who I believe just didn’t “get it”) was, for me, the grand finale of all the mirrors seen in the TV series above.  The story of that writer’s life mirrored some of my family issues, like not being supported by a parent in following your dream.

The film revealed Salinger’s encounters with editors and publishers who blocked his expression.  When they wanted him to change something, his character said, “But life isn’t like that!” And I totally agree with that statement.

But the crucial scenes for me in Rebel in the Rye were the ones about Salinger’s new-found spirituality and facing the ultimate dare again — honestly answering the question “WHY do I want to publish?”

Each writer must come to terms with that question or the arduous, increasingly steep journey uphill is doomed — whether they are published by “Big Houses” like Ballantine Books or by “Vanity Press” (where the author pays someone like Book Baby to publish their work), or by themselves as Indie authors who are their own publishing company.

Whichever path they choose, writers must answer the WHY question to go the course because each has its hurdles.  Bottom line:  Do you want to write just to see if you can?  Write for fame.?  For money?  To help others?  Or are you one of the few who MUST write?  (I believe Salinger was the latter.  So am I.  My evidence is the pile of boxes full of journals I shredded — i.e., I don’t have to publish what I write.)

It wasn’t only the film but the reviews I read afterwards that mirrored my personal concern about writing and publishing.  The film answers the question, “Why did Salinger quit publishing after the success of his first novel, Catcher in the Rye?  And the reviewers reminded me that, as in life, people make the already difficult journey either fun or not and many readers, even those connected with the writing business sometimes “just don’t get it.”

This entry was posted in personal growth, writing and tagged mirrors, personal journey, search for meaning, writing. Bookmark the permalink.