Ask the Angels and Ascended Masters

When I sat to write this post yesterday, I was so certain what it would be.  Having turned my back on what the “men in black” are doing, because that research left me feeling used and dirty, I was so ready to throw in with the sweet folks who channel about ascension, what we’re all going through now whether we know it or not.

I had noted specific articles with ideas I wanted to weave together, as well as my journal notes for my personal experiences.  We’d just gone through the 12:12 activation where anyone willing could have their heart opened to Christ consciousness—the “we are one” love made possible without polarities.  I even had stories to tell.

But the juice simply wasn’t there.

I stared at that blank screen for what felt like rift in time.  I tried “free writing”—stringing sentences until something magical happens and words begin to flow.

I wrote about ranchers earning credits for planting grasses and the questionable motive of the rancher who proposes that planting grass will solve the problem of greenhouse gases.  I wrote about the Vatican’s alleged money laundering for the mob coming so soon after being censured for hiding pedophiles, trying hard as I could to bridge that to speculation about why the Vatican paid for that big telescope in Arizona.

Starting to feel sleazy as I rummaged through sordid news like a dumpster diver, I grabbed the newspaper and scanned headlines for something positive besides the 50-year wedding anniversary or the British princess bride story.

Intrigued by the privately funded rocket that circled the earth twice before splashing down, I juxtaposed against it the recent discovery of architectural structures on the moon, adding my speculation about why wealthy people wanted to invest in space.  I mentally added notes from a lecture I heard not long ago about a woman in the air force who reported being forced to work on the moon…

I got so excited about that possibility that I walked to town to the places that had shown her art, desperate for her cell phone number so I could get on with the story.

But as I walked from Art Center to Sacred Space and back, I realized this wasn’t my story either.  I don’t have first-hand sources other than hers, she’s all over the web, and besides, it was beginning to feel like work.

None of those free-writing efforts actually made my heart sing.

Because I have publicly declared this blog to be about my pursuit of my next step as I skate through 2012, I am determined to reassert that focus, to find my bliss.  What is it, exactly, that thrills me?

Anyone who has worked at a job only for money understands the problem.  If we deny our true selves, our dreams, repeatedly, then at some point, those dreams become elusive phantoms.

Feeling stuck, I borrowed a tactic from Life 101, but did not make out index cards for the “1,2,3 count and grab” to eliminate items from the list of 100 things I care about to discover, by virtue of it being left behind, the one thing that I wasn’t ready to throw out yet:  my dream.(1)

Instead, I went for a walk.  In my mind, I projected all these things that have captured my interest this past week, “pick me, pick me!”, but the strength of those attractions was so weak, those things simply fell to the ground like dead leaves in an autumn breeze.

I tried another tactic.

This time I asked the question, “What has happened recently that I couldn’t keep to myself?”  As a recluse, if I must tell someone, then that thing I must tell surely has importance for me.

And that’s when I realized that more than anything, I wanted to write about the miracle of healing I had experienced recently.  Because it defied logic, because it made a huge impression on me, and because, unlike all those other ideas, it was mine and mine alone.

Bear with me.  It’s not a long story.

I live upstairs with an outside entrance to my apartment.  I’ve been going up and down those stairs in all kinds of weather for thirty years.  Recently, as I was going down the stairs, one foot slipped, and I tumbled down maybe five steps to the ground.  My body landed in a heap with my left leg bent backward underneath me, foot twisted and bent.  I lay there for a while simply breathing, telling myself “You’re okay.  You’re okay.  You’re in excellent health, you just had a little fall.”  I know that what we tell ourselves in such a circumstance contributes to whatever we experience later.

When I thought I could move, I lifted my body with my arms and pulled myself away from my legs so I could untangle the left one that had gotten so twisted.  All parts of that leg had been affected, but mostly the ankle and foot.  As a former massage therapist, I knew I should ice them right away.  I pulled myself up the stairs, hopped on one leg to the kitchen for ice-packs, and planted myself on the couch to ice the foot.  Twenty minutes on.  Twenty minutes off.

Later, with the assistance of crutches, I finished the few errands I had set out earlier to do.

But that evening, possibly from being upright on an injured foot whether it touched the ground or not, the injury manifested full-blown with swelling, discoloration, and pain.  Lots and lots of pain. I am not a weenie about pain.  I have a rather high tolerance for pain as evidenced by the facts that I played basketball with double pneumonia and tennis with a fractured leg.

But this pain was huge.  I elevated the foot above my heart while I read, continued icing off and on for several hours, wrapping the packs with a towel around my foot, and I applied compression when it wasn’t being iced.  I did all the right stuff.  But once in bed, I found it impossible to situate my foot even remotely comfortably.

I piled pillows up and tenderly placed the foot on top.  I propped it between pillows.  I tried to support the foot on a rolled towel with pillows on each side.  I folded my comforter every which way and tried propping my foot up in many arrangements of that fluffy down.  By now it was well after midnight.  I’d spent several hours trying to find a comfortable place for my foot, but nothing relieved the throbbing ankle and sharp stabbing pains in my arch.

In despair, I sobbed.

I am not one who cries.

I sobbed and sobbed and finally cried out, “If there’s anyone out there who cares about me, please help me with this pain!  It’s more than I can bear!”

I got the sudden thought to take an ibuprofen, which was unusual because I never take pain medication of any kind.  I remembered that I did have some from surgery several years ago that I never took.  Using crutches to go to the bathroom, I found the bottle, swallowed one caplet and hopped back to bed.

Moments after I got the leg and foot settled under the comforter, a blanket of peace fell over me.  Out of the blue I felt irresistibly sleepy.  The unbearable pain was somehow reduced to mere discomfort, perhaps by my whimpering, and I fell asleep.

In the morning, I threw back the covers.  What had been elephantine swelling was now mere puffiness, and there was no discoloration.  I pushed myself to sitting, let my legs dangle over the side and slowly touched my feet to the floor.  No sharp response.  I experimented with weight, gingerly adding a bit more until ultimately I was standing, on both feet equally, without pain.  I could not believe the dramatic turnaround.

It simply was not possible.  One OTC ibuprofen was not enough to diminish that amount of swelling, take away the discoloration of bruising, much less to eliminate the pain. 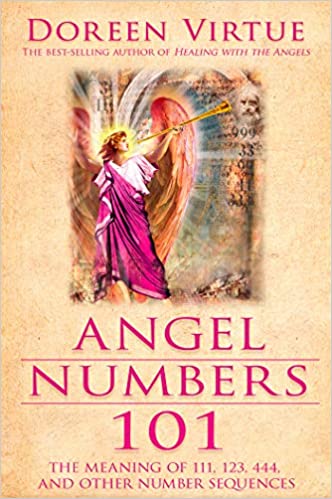 The women on spiritlibrary.com have been saying for weeks that we are surrounded by angels, ascended masters, and others who want to help us at this time.  Because of my healing experience, I delighted at a building’s clock face on my way home recently:  3:33—the particular sequence of numbers meaning that ascended masters are nearby, ready and willing to help us.(1)  All we have to do is ask.  Truly, we are living in interesting times.

Please be  kind to everyone you meet, for we all have our secret sorrows. ~Tzaddi

[This was first posted in the beginning of this blog. Because I have friends with serious physical issues, I believe they enjoy it.]