One week left in Durango, CO

I have one week left to do what only I can do before renting the U-Haul truck.  My cats are mirroring my stress; Kali threw up three times yesterday and again this morning. 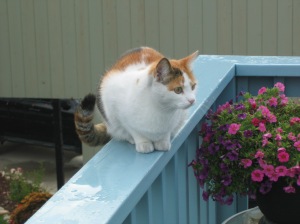 I’ve called seven places, looking for an oil change and a spare tire.  Everyone is closed for the Stay Home Order.

I read the article in The Durango Herald about politicians wanting to stop border crossing.  The man I’ve never met, the one who found a place for me to rent in a different State and who volunteered to drive the U-Haul truck, will be flying into Durango on Saturday, April 25. We’ll be crossing three State lines on our journey to Heber Springs, AR.

Every time I’ve moved before, I got rid of everything but 1-2 pallets of cookware and clothes.  Never having packed boxes for a U-Haul truck, I’m flying blind, despite reading online about it.  I gave all gardening stuff to Clay’s dad.

Whew!  Relocating during a Pandemic isn’t for sissies.  If I were in your shoes, I would be wallowing in joy for the opportunity to stay home and read or listen to music.

I finally got the oil change and the spare tire.  And Steve, my precious friend of thirty-seven years, arrived at 9 a.m. to help me finish packing.

At 10 a.m., I met Clay’s dad at the only U-Haul place open here during the Pandemic.  We chatted and agreed that renting the 20’ truck was a good idea for “peace of mind.”  Back at the house, the father-son team took charge and loaded everything from the garage before pulling to the front for the furniture which by then was in the yard. 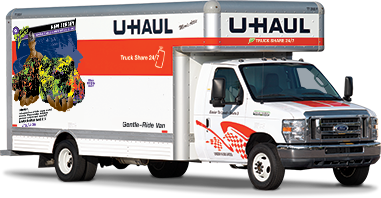 Robby, a musician, helped load the truck.  He had to leave soon for another gig, but he stayed long enough to finish the job. A cat man, he gave me good advice.

At 12:30 p.m., I had to leave for the airport to pick up Rod, the man I’ve never met.  By the time we returned, only Steve was there. He said I better get packing because there was so much stuff inside. Hugging him, I whispered, “I still love you.”

I packed boxes until I couldn’t anymore.  Inflating his air mattress, Rod reminded me that he was going to Cuba, NM (a two-hour drive from Durango), to see his pastor friend there at 11 a.m. That meant leaving Durango by 9 a.m.!

I slept on the floor with my cats in another room and got up at 5 a.m. to finish packing. I wasn’t ready to leave until 9:30.

Clay had helped me set up my old Honda Civic for the cats. A pull-down portion of the back seat offered entry to the trunk where a large litter box with a cover faced that opening.  A rigid cat carrier was on the right where they could hang out; their crate of food, etc., and my carry-on suitcase were behind them.  I unzipped their carriers so they could move about while traveling.

The first day was not fun, despite the “relaxers” from my vet.  Bella and Kali cried; I didn’t understand what they wanted, and they peed and pooed on the floor of the car with rolled-up windows and AC. When we stopped in Cuba, I stayed in the idling car with the cats and air conditioner.  I gave them water and food, held them in my arms, and showed them the litter box.

Stopover at the Desert Inn, Tucumcari, NM was loud on the first floor with all the big trucks on the other side of my windows, engines running.  Rod got to call his friends from his quiet room upstairs on the other side of the building. I walked to Burger King and got oatmeal and fruit for me, pancakes and sausage for him.

Clearly, the only way I could stop to pee, walk, or check on my cats was to do it without Rod who was hell-bent on “getting there.”  We were still more than ten hours away if both drivers were going the speed limit.  I was driving with two cats who had never been in a car for so long.  And so, I passed the truck and signaled that I was stopping.  I waited for the cats to do their business, gave them some water, and journeyed on.  Sometimes, the U-Haul stopped and parked behind me.

We stayed in the La Quinta motel in Oklahoma City, OK.  The rooms were much larger.  Mine didn’t have hot water.  I packed up again and went to the front desk.  The gracious woman put me in another room and helped me move all my stuff there. The next morning, when Kali was missing, I went to the front desk where another woman called all the maids to help with the search.  They pulled furniture out, lifted mattresses, and searched. It was the petite “no Englis” woman who found Kali crouched in a tiny shelf under the bathroom sink.  I hugged the woman, repeated “Muchas gracias” many times, and ran back again, gesturing my heart.  Smiling, she said, “Don’t cry.”

We arrived at Rod’s house just in time for the delicious dinner Carol, his wife, made. The cats and I shared their guest bedroom.  On the second day, Rod summoned a team and five guys unloaded the truck at my new home.  We returned the U-Haul and went back to his house where Carol had made another tasty meal.

I was lying in bed with my cats when he knocked on the door, saying, “Your car lights are on.” I took that as a sign and quickly packed to leave.

I said, “I need to go to my new home.  I need to take care of myself and my cats, and I can’t do that while leaning on you.”  I needed to be alone to get myself back. 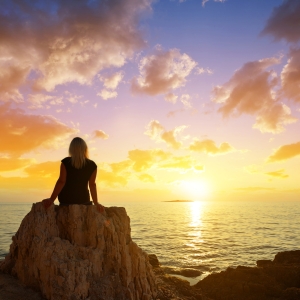 This entry was posted in life, personal growth, Personal Journey and tagged choosing how you want to feel, cleaning the mind, Covid-19 Pandemic, emotional survival, help from strangers, independence, independence in relationships, memoir, relocating during the Stay Home Order, time to focus on self. Bookmark the permalink.