The Irony of Life,  Part 5: Looking for Home

Part 5: Looking for a Home 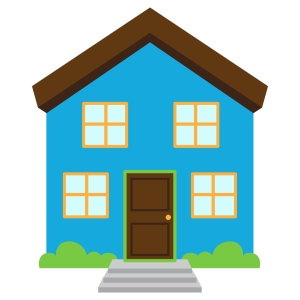 Looking for a home in Durango can be difficult if you’re not a college student and have pets, especially two cats.  So far, I haven’t found a place I could live in that I can afford, despite the money from the sale of my home that got all my money for almost forty years.  I’m hoping it will last for the rest of my life.

However, I did find some and saw them in person, despite COVID-19 because I’ve learned that people don’t always tell the truth in their ads.  Seeing the property in person also identifies things that could be obstacles for the renter.

The apartment listed for $1275/month + utilities had a dangerous stoop, the only entrance.  The first step was about fifteen inches high, and the next was maybe eleven inches. That’s nowhere near code.  I imagined carrying groceries in the winter and slipping on the steps.  It also had a 4×7 square foot shed that leaked; the back wall had rotted, and the floor was sunken with mud and water.

The next apartment ($1500), was the back part of a house; you had to walk through the owner’s living room to get there.  The kitchen and dining area were quite small, like the bathroom next to it.  The bedroom was downstairs in what once was a basement.

I looked at a three-bedroom, two-story apartment in a duplex that rented for $1500 the same day.  The other half of the duplex blocks the windows facing east, from which night breezes blow here.  The kitchen is beautiful and large, but the washer and dryer are in the bathroom, and the woman is in love with her new carpet.  On the second visit there, trying to imagine living in that place, she said I could buy a shed if I needed to store something.  While we were talking, the rage she had against cats came out, and I decided it wasn’t worth it.

The woman I met while walking through the neighborhood said she had a studio apartment available soon.  She said, “It costs $1,200, all bills paid including wifi, and it’s 495 square feet.”  That’s the same as my apartment less the extra bedroom.  But when I saw the space, I knew it was closer to 300 square feet because it held only a bed, a couch, and a table with two chairs.

The apartment I saw on the north end of town is certainly is not 900 square feet.  The bedrooms are smaller than mine, and they are both two-bedroom, one-bath apartments.  Perhaps the owner included the patio that she didn’t show me as part of the “usable space.”

Another challenge was the inaccurate credit report done by Zillow, who listed a debt of $116,000 on March 26–the mortgage that was paid off by the sale on March 13!

On a positive note, what this experience has taught me is that I no longer want to live in Durango, Colorado, my beloved town, which has become Aspen-ized. But I don’t have a clue where to go.

I’ve had two months on this journey to determine what I want.  The answer is always the same.  I want a small, comfy two-bedroom home in a beautiful natural environment with a climate between the extremes of Texas and Colorado, where my cats and I can feel safe.

Specifically, I want a home with trees, a fenced backyard for my cats, and a garage.  Our home has lots of light because I have S.A.D. and get depressed when it’s dark. I learned that when I lived in British Columbia for a year. It was a beautiful place. I loved the trees and was happy there, until I drove home, racing to find the sun.  That’s why our apartment in the sold triplex has two skylights—gifts of love from a dear friend.  I returned the favor by sanding and painting the window trim on his two-story house in the country.

Our new home is ground level, around 1200 square feet.  It has a washer and dryer.  We have gas for heat and the water heater.  I’d also love a gas stove, but it’s not a deal-breaker, because I don’t cook that much as a vegetarian.  Overhead fans keep the summer heat at bay.  Our well-lit bathroom includes a shower because I’ve never been a fan of bathing unless it was in the hot springs.  There are either built-in bookcases, or space for mine, and a study where I continue my passion: writing.  The rooms are large enough to breathe deeply and do not invoke claustrophobia.

Reciting the details of my home-to-be has become another daily mantra!

It’s hard to know what’s real re’ the COVID-19 storm.  I’ve read that it’s no worse than the “normal flu”; I’ve seen videos “confirming” that the news media is exaggerating the danger and that there’s a conspiracy going on that will manifest in a shutdown with no computer or phone access.

As a Minister of Metaphysics, I am compelled to say that whatever you believe is true, will be true for you.

What’s true in my world is that I need to get out of this apartment, whatever it takes, as soon as possible.  I have not had the luxury of self-quarantining or reading a book.  I spend all my time looking online for a place to live and then jeopardizing my health by going to see it in person.  Yes, there are still some realtors and owners of rental property who ignore the “Stay at Home Order.”  I’m not blaming anyone; I created my situation out of fear.  I’ll see one Saturday, which rents for the maximum I choose to spend:  $1500 rent + utilities. That’s twice what I had hoped to pay, but they accept cats.  My peace of mind is worth it, and I can afford it for the one-year lease.

Keep doing what you believe will keep you safe and well.