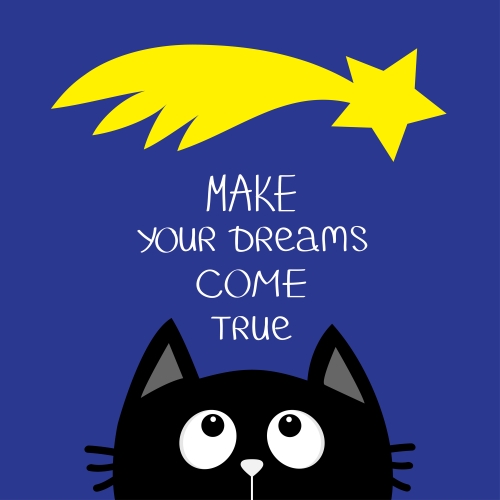 Most methods for manifesting or co-creating with the spiritual Law of Attraction (LoA) include desire and attention. Writers tell us to formulate what we want and to give it our attention with words (affirmations) and images (visualization). But how those are used depends on the model you’re following.

Your Wish Is Your Command: How to Manifest Your Desires

Trudeau lists his steps for manifesting your desires In #7 of his 12-CD program.

Define what you want.   The goal can be specific or general. For example, one might say, “There’s nothing specific I want in my life. I only want to feel happy.” If that’s your goal, he says, the Universe will present people and opportunities so you can have those feelings.

Have a burning desire for it. “You must have strong emotions to create the strong frequency required to transmit your desire.”

“Transmit over a specific duration of time” means “most of the time” because “you get whatever you think about most of the time,” and “When you are doing this,” he stresses, “you have to be feeling good.”

Trudeau states, “You have the power to use your brain and any frequency you want. You can transmit softly or crank up the power and transmit a blast.” He explains that “Brain frequencies are more powerful than cell phones, do not travel in a straight line, but in all directions, all over the globe, and it’s the same power whether one foot in front of you or 3,000 miles away.”

Trudeau adds that “The closer the vibrational match, the stronger the pull,”
clarifying that “Whatever frequency you transmit is what is coming in.” He notes that the speed of manifesting is affected by two things: intensity or power used and frequency, how often you transmit.

In my mind’s eye, I see Trudeau sitting on top of a hill, wearing a foil hat with antennae, grimacing as he transmits in “high velocity, 24/7.”

But he’s not the only one who advocates pumping up the emotional frequency.  Lazaris, in The Secrets of Manifesting What You Want, says to intensify your joy and hold it for thirty-three seconds (because Jesus was thirty-three), and then let it go quickly.

In his version of manifesting, Michael J. Losier, a teacher who follows Esther Hicks, identifies this three-step formula:

Identify your desire. Losier focuses on the “contrast”—using “what you don’t want about an area you want to change” to generate what you do want by changing the wording on his worksheets. In his example of “ideal career,” contrasting items, those in column A, include “the hours are too long” or “the pay is too low.” For each of these items, the participant is to write what he wants in column B of the worksheet.

Losier cautions the reader that “It is important to understand that all your goals, dreams, and desires are outside of your Vibrational Bubble. If they were inside your Vibrational Bubble, you would already have them and be enjoying them.” To get those puppies inside your bubble, in Step 2 of the Deliberate Attraction process, you will learn how to use words to give attention, energy, and focus to your new desires by creating a Desire Statement. Sustaining that attention, energy, and focus on your desire, includes it in your current Vibrational Bubble where the Law of Attraction responds to and matches that vibration.”

Allow it.  Losier and Trudeau agree that “allowing” is the absence of negative vibration (doubt).   But Trudeau’s ways to “feel better” if not “good” include vitamins, diet, and massage, while Losier focuses on countering beliefs that cause doubt with “allowing statements.”

For example, using the belief, “I’d like to have a more slender body but I can’t because all my family members are big,” Losier offers the following “allowing statements:”

Fortunately, you don’t have to use worksheets to get what you want.  Just remember this one thing: 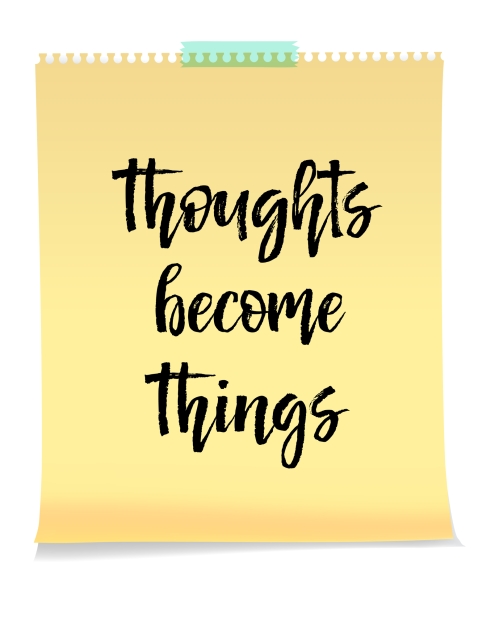 The Law of Attraction by Esther Hicks

Channeling the work of Abraham, Hicks includes the same three parts: desire, attention, and thoughts. However, she does not mention consciously transmitting 24/7, as described by Trudeau. Instead, she teaches that we are all constantly “transmitting” whether we know it or not, whether we’re consciously doing it or not, with every thought that is backed by emotion.

But don’t worry about the millions of thoughts we have each day.  Abraham says something like, “Relax. There’s this gap between thoughts. That single thought isn’t going to manifest immediately.” At the same time, she counsels us to “feel good,” but in a different context from Trudeau’s.

Instead of recommending that we get a massage or eat our vegetables to feel better, Abraham guides us to seek the joy in all things and to consciously allow each to live his life as s/he chooses. If we feel good, if we see the joy in all things, then our thoughts are going to be positive.

If we are not feeling good, it is because there is a conflict between our thoughts or behaviors and our Inner Being’s desire for us, and we are being alerted to honor our inner guidance system. In short, “if it feels good, do it.”

And, like the other versions, we should spend some time visualizing how we want our life to be as if it were happening now.

But Abraham’s approach is more than a formula for getting what we want. It is guidance for living a peaceful life, emphasizing the same lessons as the Bible and Gurudev.

Till next time, I’ll be skating thru this last week of “waiting to learn if the contract is on, regarding what inspectors and appraisers wrote about my house.”

[This copyrighted “Conscious Creation” series was published nine years ago. You may share it if you include the article’s link and author, Pam Young, Ph.D. Why re-post this series? Because I’m following these steps while trying to identify where my next adventure will take me.]

This entry was posted in co-creating, personal growth and tagged Esther Hicks, getting what you want, Law of Attraction, Lazaris, LoA, manifesting, Trudeau. Bookmark the permalink.