Yesterday, I was so ready to join the fight against Monsanto whose products are killing us!

I copied and pasted a meme from one of the Facebook activists. I planned to show the videos by biochemist Zach Bush, M.D. who explains how RoundupReady and Roundup have caused drastic changes in the environment and increased dramatically the numbers affected by such diseases as Parkinson’s, Alzheimer’s, and diabetes. I was so angry! 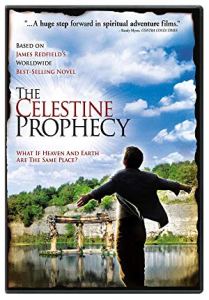 But last night I watched Celestine Prophecy again and was reminded that the ugliness we’re experiencing is an educational tool for the evolution of consciousness — just as Hitler was.

I was also reminded of how I’ve changed by participating in that ugliness recently by judging people with my constant mantra, “There are so many stupid people in the world!” That thought was driven mostly by drivers and pedestrians. It filled my mind every time I encountered people walking into traffic — in front of moving vehicles! — because they were so zoned out on their cell phones.  I uttered it every time some jerk driver would not let me join the traffic flow when the frontage road was ending, and my car was going the speed required to get on the highway.  Or when some race car wannabee was zipping in and out of traffic lanes, cutting it way too close for safety.

How does judging feel?  Crummy!

So crummy that I am now declaring “I will not participate in this madness anymore!”

Instead, as reminded by meditation this morning, I will focus on myself! I will train my mind to attend to the beauty in the world.  I will concentrate on my dreams and aspirations. I will no longer give my power away by judging others.  I will trust the process of life.  And I will replace the ugly mantra with this old one: “Thank you for everything! I have no complaints whatsoever!”

“Till next time, please be kind to everyone you meet, for we all have our hidden sorrows.” ~Tzaddi

This entry was posted in Personal Journey and tagged change your mind, choosing how you want to feel, healing journey, life lessons, positive thinking. Bookmark the permalink.